One of Google's original concerns was creating the most comprehensive search engine available, an engine that could deliver results in mere seconds.

To make that goal even harder, Google extended the goal beyond common searchable subjects and into the most obscure subjects anyone could think of.

Anything from underwater basket weaving pointers, ghosts that burp, the best spoon player ever.

There's really no end to what Google can search for and deliver. The Google Algorithm made this goal achievable.

The Google algorithm uses search engine result pages (SERPs) to compute the relevance of page content for each query.

This process requires that Google constantly update the algorithm to provide the newest, most relevant content for each query. 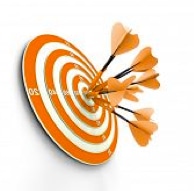 The constant change is the only way that Google can provide people the world over with the most accurate information for each search engine query. Otherwise, people violate the search engine format with page rank manipulation techniques and any other number of unethical actions.

The Early Days Of Google

In the early days of the search engine development process, Google utilized page rank more than anything else. 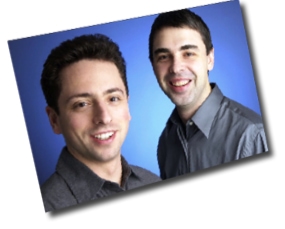 Developed by Larry Page and Sergey Brin of Stanford University, page rank was a crucial step in the evolution of the ranking process.

However, page rank became a determinant to ranking web pages. That's because it was easy for people to manipulate their page rankings.

After a series of refinements including the Google algorithm, page rank no longer holds the massive influence it once did, though its importance has not completely diminished.

In addition to relying on the highly sophisticated algorithm, Google also personalizes each query's results by keeping track of the user's web history and location. Google also uses human reviewers to keep a sharp eye on the overall process.

The algorithm underwent a massive change in the first quarter of 2011 when Google began to focus on the quality of the content it provided. Google didn't want to just provide relevant content, but well-written content.

Therefore, Google mandated that content should not contain grammar/spelling errors and that all articles need to contain well organized, original content. That means that website sites full of gibberish don't stand a chance, and the focus of any article should be the human reader rather than a web bot. Other key points for content include:

When Google discovers a website that violates any of the above criteria, Google de-indexes the site. It also blocks the site in order to ensure an optimum user experience.

Many web content providers have had to completely redo their  article creating process. This means they must now not only hire qualified writers, but they must know what constitutes spam. Spam means:

Any of the above constitutes a violation of Google's goal.

Looking Forward To The Future

Meta tags on the page still present a problem for Google, at least in terms of popular opinion. Some people believe that Google ignores the meta tag words because in the early days, meta tag words made Google searches susceptible to rank manipulation. Bing successfully uses meta tags so how Google decides to deal with meta tags remains to be seen.

One thing that remains important to Google are back links to a web page.  Back links provide an important component of search engine optimization (SEO) writing that Google cannot afford to ignore.

A website must steadily work on getting other websites to link back to it. However, websites do not want to link back to sites that use any of the aforementioned spam tactics or that have low rankings.

These concerns require a constant struggle for balance and awareness, and is one reason why Google constantly changes it algorithm. But the struggle and the future portends  unimaginable promise and potential.

Overall, the Google algorithm had opened up the Internet and in turn, the world.