Kelly Felix – Has He Been Underestimated?

I don't recommend anything from Kelly Felix right now, he currently doesn't have any up-to-date training that I know of.

Who is Kelly Felix?

Kelly Felix got his start online with a credit repair guide detailing the system he used to fix his own bad credit. He didn't think it would do much but ended up being a huge success and made him millions while helping people with a real problem.

Some of the techniques I learned off Kelly years ago still work today, some even better with a few tweaks. That's almost unheard of because the search engines advance their algorithms so fast these days.

I fully trust anything that Kelly puts out because I know it's going to be top notch. I have made a lot of money from things I have learned off this guy. Bring The Fresh isn't available anymore but you can learn more about his training program here.

With over 15 years experience, he excels at product launches, SEO and conversion. He's made millions of dollars online and is a well known marketing consultant.

He is always on top of the latest effective strategies and Google algorithm updates, he stays ahead of his competitors and I have be fortunate to have the opportunity to learn from him.

Bring the Fresh is no longer available, it's members have seen amazing results, with people going on to earn hundreds of thousands of dollars through his system.

Learn a proven and easy to follow system that gets you creating simple, profitable websites that rank at the top of search engines.

Increase your traffic and sales with the most visibility in Google, Yahoo, and Bing. 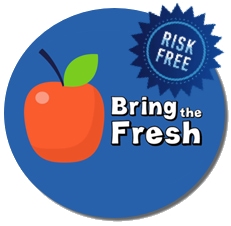 Who Is Kelly Felix? 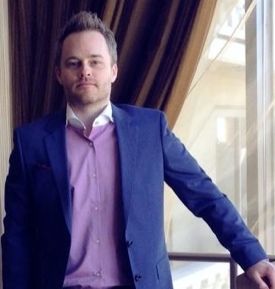 Kelly Felix was a Rich Jerk. No, it's nothing personal against him – Rich Jerk was his highly successful online affiliate program, long before he launched Bring the Fresh with Mike Long.

In 1997, after a rather rocky childhood and adolescence, Felix discovered a little creation called the Internet, a vast open marketplace that the masses hadn't even begun to comprehend.

The Internet opened up the world to all of us, and when Felix realized this, he got over his small-town thinking and began to hatch great plans, big enough to fill this cyber-void.

He started learning HTML – while trying to pursue an acting career in LA – so that he could better understand how people took idea sparks and turned them into something the world could see online.

When acting didn't work out, he redoubled his efforts to get into cyberspace. His first real moneymaker was a credit repair technique based on actual consumer law, not just hokum.

He did the homework, wrote the product, and sold it online to those in desperate situations. Felix saw a need, and exploited it. He began clearing a few hundred dollars a month, and felt like a rock star.

Here is a YouTube video of him acting, just in case you want to check it out.

Of course, a few hundred every month was hardly enough to make him a rich jerk. But then his website was discovered by a marketing list company, who offered him a golden opportunity: they would do the marketing, if he would split the profits 50/50.

Sure enough, they delivered.  He had discovered the power of affiliate marketing, and he was on his way!

Someone else was doing all the work, and he was taking half the profit. What a fantastic arrangement. Felix went from making about $600 each month to thousands of dollars every day.

Then came the need for more. It wasn't enough to be making thousands of dollars a month; he wanted millions. So he studied SEO further, found a top rated site that was selling advertising, and bought himself a spot.

Right away, he became #1 in the rankings, and made a fortune. It was official: he was a rich jerk! His little credit repair guide was earning him revenue of $20,000 every month.

After building and selling more profitable affiliate sites — some where he was the affiliate, others where he created the product — he decided that his most marketable resource was his knowledge. 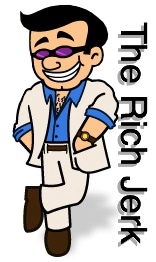 This training program has helped a lot of people make their first dollar online. Rich Jerk is a step-by-step affiliate marketing program teaching you how to leverage search engines and affiliate relationships to make money on the Internet.

Here's a taste of what you will get: 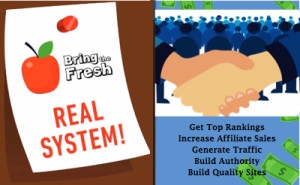 The idea was to be a “lazy” millionaire, to let others do much of the work for you, once you were set up. If there's one thing people love, it's being lazy and making money. At last, he had his millions, as people ate up the product in droves.

He sold it off to his partners, took a break, and came back re-energized with Bring The Fresh, which is still going strong today. 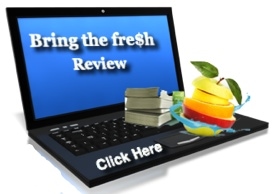 Bring The Fresh is much the same idea as Rich Jerk — more updated for the ever-changing worlds of the Internet and Google — but with less…jerkiness. No flashy, creepy sales character, no yelling, no pressure.

Just fresh, updated ideas on how to work the system to your advantage, and make affiliate sales, either for your own product or someone else's.

It's a crowded market now, which it wasn't in the late 90's and early 2000's. But Kelly Felix keeps it fresh, and updates the information regularly to keep pace with what the market is crying out for.

This site uses Akismet to reduce spam. Learn how your comment data is processed.