For the past 12 months, Steve Clayton and Aidan Booth have taken their insanely successful system and been teaching it to (very lucky) student ‘beta testers.

Between Steve and Aidan they have 30 years of combined experience and 1000s of student success stories. They don't teach things that are a “theory”, everything they teach is real “in the trenches” strategy that they use on a daily basis.

Who is Steve Clayton?

Steve grew up outside of Manhattan and now resides in Chicago, USA. He is married with 2 kids.

Clayton is on his second career, he spent about 18 years in corporate America. He was a Chief Information Officer for —- company. He ended that career as a Vice President of a Fortune 500 company.

He admits that being the Vice President came with some perks and was very well paid but he felt like he was in a golden handcuff situation. He had zero time freedom and zero geographic freedom and was really unhappy. Steve knew that in order for him to be happy he had so go out and do his own thing.

So 15 years ago he started building online business and became a serial entrepreneur and he says “he hasn't had a real job since”. Now he enjoys teaching other people how to do the same thing.

This January Steve and Aidan opened the door to their brand new eCommerce training program. There are only a limited number of spots and they always close down once they reach capacity so go check it out now before it's gone. They have improved on things their students struggled with in previous courses so you don't have to worry about things like: 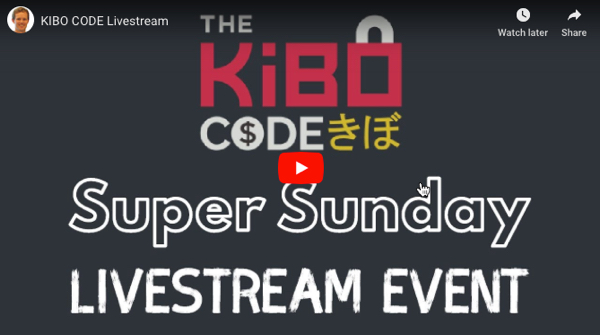